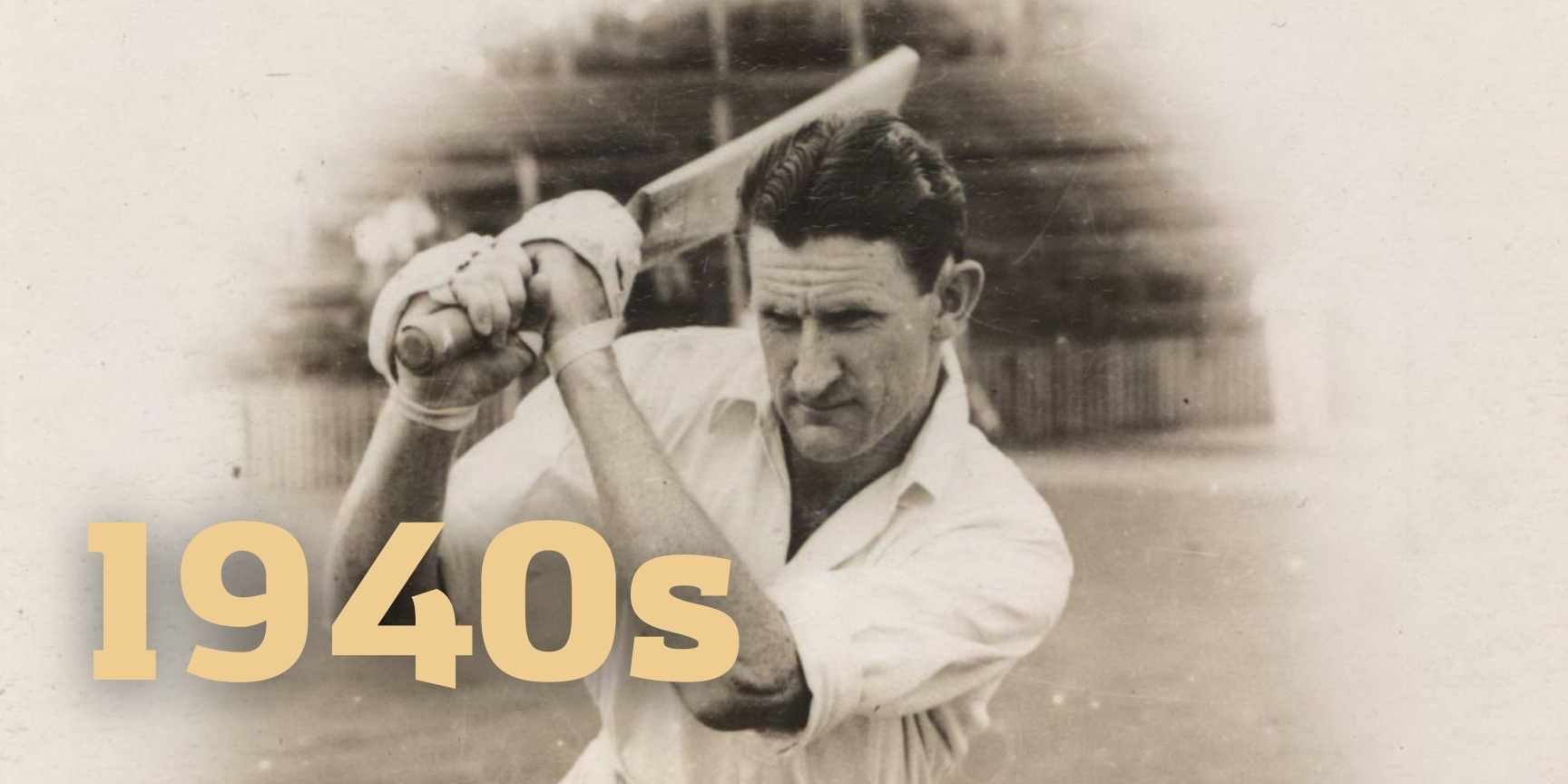 University began their participation in Second Grade with a win against Grammar just failing by 23 runs to win outright as time expired. In the following match, University nominated a second side replacing the bye of the first round. The second side, however, suffered a crushing outright defeat at the hands of Barton. By the end of the season University, I finished 5th while University II finished 11th in a field of twelve.

For this season University only had one side participating in the Second Grade competition and proved themselves the better of most teams in the competition. Against RMC IV, George Rance amassed 142 while Reg Lucehinelli took 3/25 and 3/18 and Bruce Brown took 4/8 in the second innings.

The situation was different though against O.T.W. (Officers Training Wing) Duntroon when the University bowlers were persecuted for 213 minutes during which time the batsmen amassed 308 runs. In the following match, University defeated Grammar by an innings and 31 runs within one day.

Jack Garrett with 9/23 in the match was the catalyst to an opposition brace of batting collapses of 12 and 64. Frank Pryor carried his bat with stunning innings of 179 not out in University’s score of 268 against Ainslie. 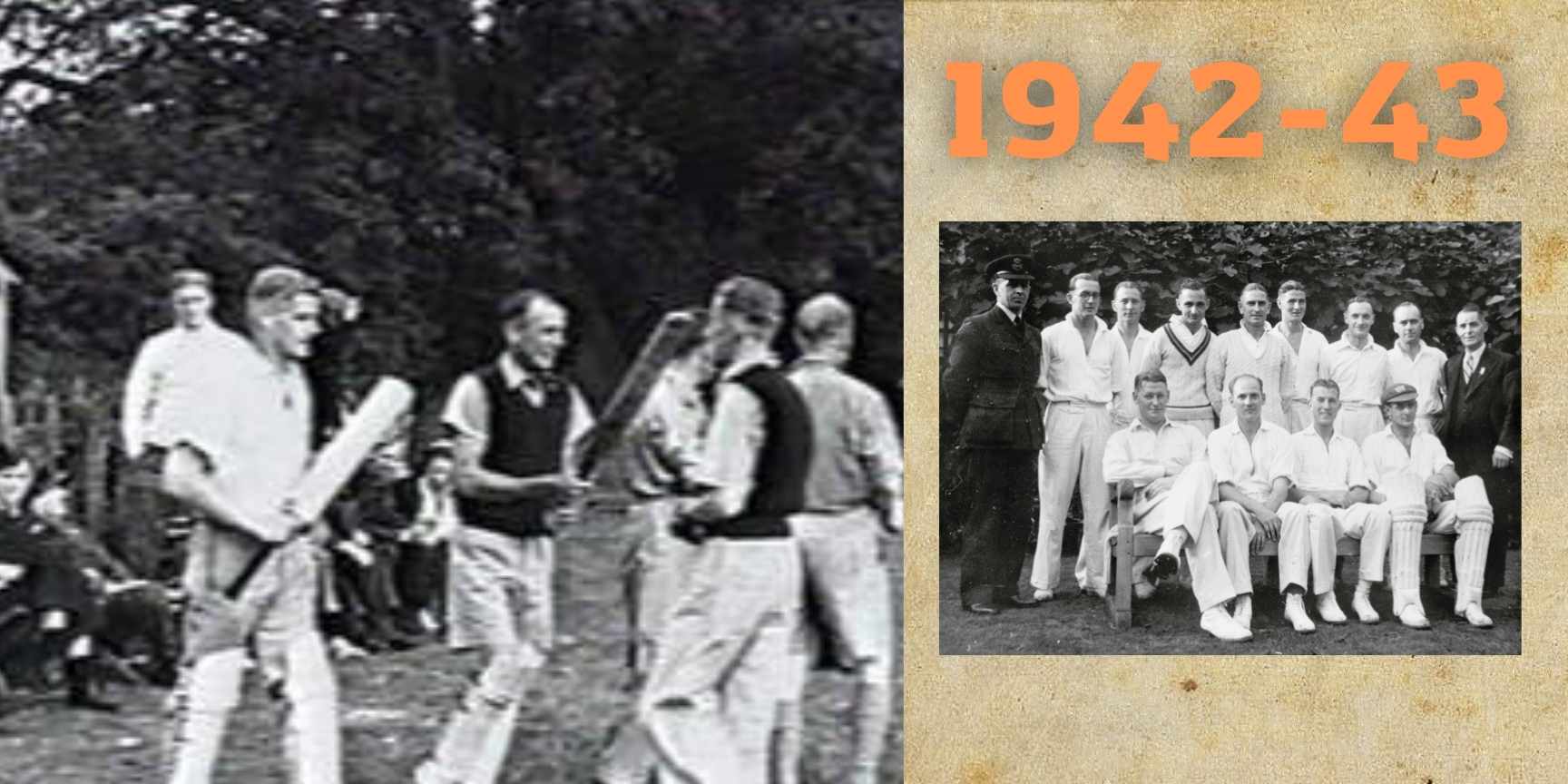 Some records suggest that competition cricket was not played during this season though some doubt surrounds their accuracy. No cricket reports appeared in The Canberra Times.

Competition cricket was played in Divisions A and B with University and seven other sides comprising Division B. University defeated Northbourne in the opening round due in no small measure to Bob Whitelaw’s all-around performance of four wickets and 22 runs (retired).

An even better bowling effort by him of 6/11 ensured a first innings defeat of RMC 2. Against what was reported in The Canberra Times as the premiers of the previous season, Manuka, George Cardy’s “unique off-turn” secured match-winning figures of 7/27. By the end of the season, University finished fifth after succumbing to Grammar in the final match which result might have been all the more galling but for Jack Garrett’s 5/41. 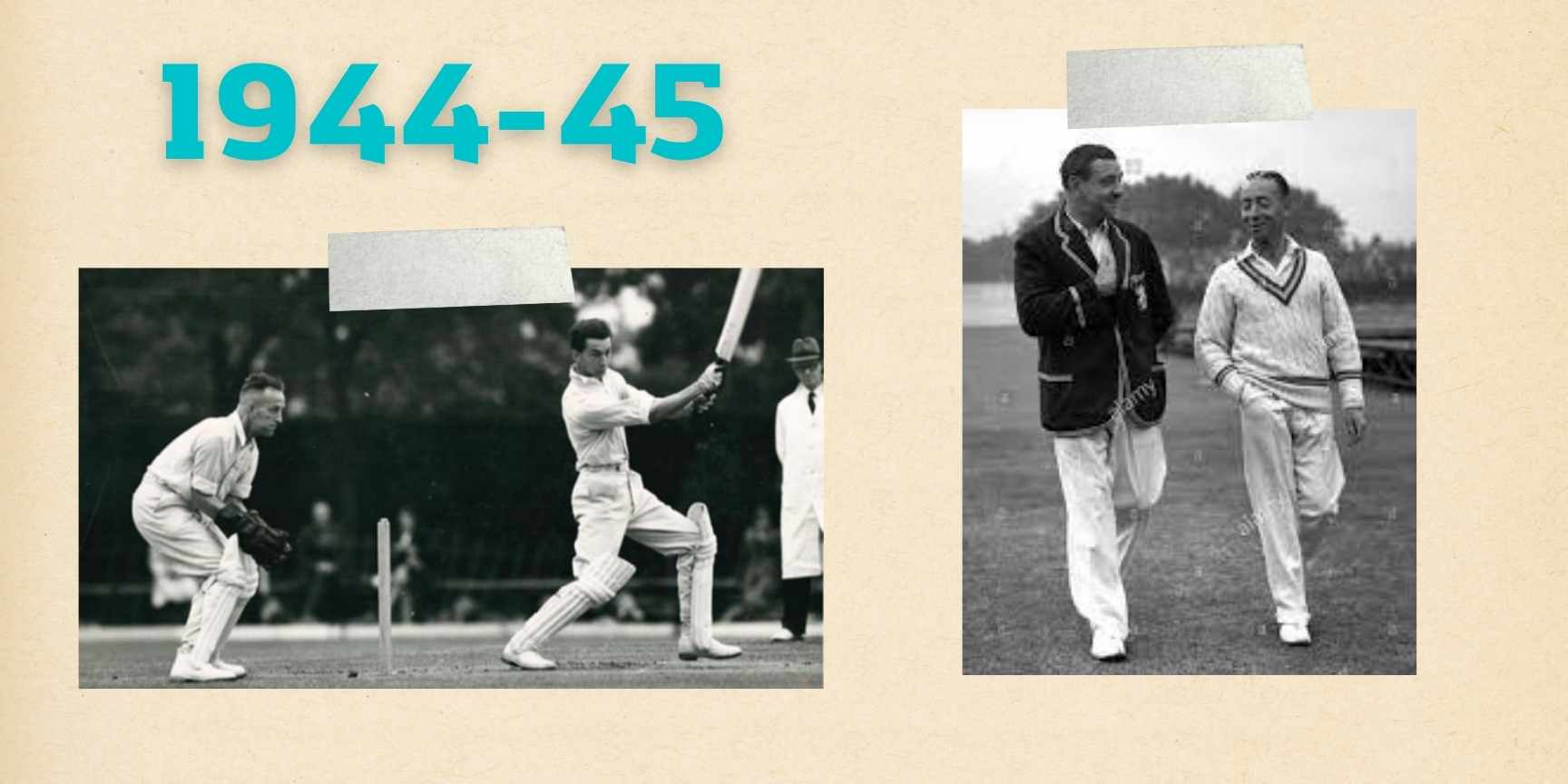 Fourteen teams contested the competition in one division that was then later converted to two divisions. One of the most dominant pre-Christmas bowling performances by an individual in the history of Canberra cricket was turned in by Neville Lee. In the first match against Barton, University’s opening bowler Lee took 7/29 in the first innings and then 7/22 in the second.

Richard Brill’s inviting leg-spinners accounted for the other three-second innings wickets. Lee then took 6/79 against Manuka and but for a rush of blood to the head would have scored a century in University’s second innings of 220 almost all scored after the tea adjournment. As it was he had to be content with 97.

In the third match against Duntroon Staff, he took 6/14 and 3/47 though his efforts were not quite good enough to achieve outright victory. By Christmas Lee had amassed 48 wickets from a mere five matches and was assured of representative honors which came in the Carnall’s XI v Grangell’s XI match comprised of the district’s best cricketers which included former Test cricketer, Jack Fingleton.

Joining Lee on the same side as Fingleton were University’s Bob Whitelaw and Frank Pryor who stubbornly opened the batting together. Lee took the bowling honors of the match with 4/20. Lee found wickets were harder to come by after Christmas with off-spinner George Cardy 5/95 and leg-spinner Richard Brill 4/58 taking the honors in one match against eventual premiers Northbourne. By the season’s close, University occupied the fourth position in the points table.

University nominated teams in Divisions I and III and began in most emphatic fashion defeating Ainslie outright in Division I and on the first innings in Division III. Frank Pryor opened proceedings with an even 100 retired for the Division III side. Bob Whitelaw’s 105 was instrumental in University’s first innings defeat of Kingston in round three with the bowling trio of Ron Harris 3/25, John Beaumont 3/6, and Gordon Jackie 2/7 being most impressive.

In the same round, University II defeated Northbourne outright thanks to McCann 5/39 and Wilner 4/5. Despite these promising beginnings, the University sides watched their good form desert them later in the season with University finishing sixth out of eight in Division I and third out of seven in Division III.

The pre-war district competition of A, B, and SubDistrict Grades returned. The University Club experienced a substantial drain of its playing talent to the district clubs and as a consequence only nominated the one team and that in the Sub-District competition. Frank Boileau, who represented University in its first match in 1937-38, returned to the fold. His unbeaten 23 and Val Gratton’s 51 averted a calamitous beginning to the season against Fairbairn.

Jordan Starkey with 6/39 ensured a University victory in what was to prove a history-making season. Starkey backed up the following match with 5/26 to see his side take first-innings points against Northbourne I. With very real prospects of enjoying the Club’s first premiership, Val Gratton peeled off 101 against a hapless RMC team and then teamed with Neville Kruger, another player in the Club’s first match in 1937-38, who took 5/17.

Gratton took 3/10 and Jack Hayes 2/3. The premiership for the northern division stood just one win away as University did battle with R.A.A.F. on 15 and 22 March 1947. After scoring 197 University held a tight grip on the game especially with its bowlers taking 8 wickets for 92. A ninth-wicket partnership of 70 by the R.A.A.F. loosened that grip until they fell 17 runs short in an exciting finish. This was the first University cricket premiership earned by finishing at the top of the table, there being no finals matches.

Being the current Premiers no doubt prompted University’s inclusion in the B Grade competition but the Club immediately experienced how much higher a standard of cricket it had met with a crushing defeat at the hands of RMC Staff by 231 runs. The Club also retained its involvement in the Sub-District competition.

Jack Hayes 80 and Bill Cottingham 71 put the disappointment of the opening round behind them playing for B Grade against Ainslie while Jim Stewart made 86 for the Sub-District side against RMC III. In the return match against Ainslie in the B Grade competition University proved far too strong with Doug Traves scoring 86 and Gary Newman 34 in a total of 213 which provided Doug Hill with the confidence to take 6/37 in the first innings and then 6/36 in the second innings and engineer a stunning outright victory.

The Sub-District side did not fare nearly as well in that same round being resoundingly defeated outright by Hall. In the last match of the season, Hill Cottingham 2/68 and Jim Pead 2/28 restricted Northbourne to 282 only to see their batsmen, except Jack Hayes, fail to dominate the Northbourne bowlers. After receiving a hit under the eye in the opening over, Hayes left the ground for attention to return to score a century. Vic Chapman scored 31 as University fell 93 runs short.

University maintained its involvement in B Grade and Sub-District for the season. The B grade side had a reputation of having a strong batting line-up led by Dan Dunn, Vic Chapman, Jim Stewart, and Doug Traves while Cottingham and Jordan Starkey impressed with the ball.

The Sub-District side however took the honors. Val Gratton proved to be the foundation upon which University built many a victory and his 146 against Ainslie was a highlight. The Students capped off a fine season by defeating R.A.A.F. in the Final.

This was the University’s second flag in a successful era. In the eight seasons between 1946-47 and 1953-54, the University was to win five Sub-District premierships.

Fortunes were somewhat reversed from the previous season with the Second Grade side failing by two points to head the table. The SubDistrict side, however, played with less success. Towards the end of the season, the Second Grade side scored a convincing win over Turner with Neil Currie scoring 70 in the second innings to secure outright points.

Next match Currie took 5/68 only to see the early batsmen hand the match to RMC Staff before Johnson played almost a lone hand of 108 to see the side to victory. A forfeit by Hall in the last round deprived the University of what might have been another premiership. In the Sub-District fixture against RMC III, the University side lost outright despite a remarkable bowling effort by Stan Wallis who captured 8/34 in the RMC second innings.

The side redeemed itself first match after Christmas beating a much more fancied Westridge XI outright after trailing in the first innings. Len Osmand made 81 and Andy Kyburz 59. Foster with 3/35 played his part in a surprise victory over the eventual premiers of Division 2.