Cricket in Canberra had very early origins with one Club, the Hall Cricket Club, being inaugurated as far back as 1854. A more formal structure to matches played in the region occurred in 1914 with the creation of a program of matches for the Moore Shield which had hitherto for many years been contested on an ad hoc basis on Wednesday afternoons.

Don Smith, the historian of the A.C.T. Cricket Association, postulates that given the existence of several enthusiastic clubs in Canberra it is probable that a Cricket Association would have been formed shortly thereafter to conduct Saturday matches but for the intervention of the Great War.

On 13 September 1922, the Federal Territory Cricket Association (the precursor to the ACT Cricket Association) was formed thereby entitling all clubs within a ten-mile radius of the Ainslie Post Office to affiliate and participate in a Saturday playing day competition.

In the first season of 1922-23, the Territory boasted a population of 2,500 from which seven clubs, Hall, Ainslie, Westridge, Canberra, Eastlake, Duntroon, and Cadets became founding members. Ainslie has the distinction of being the first premiers. In December 1929 by statute, the Canberra University College was created and affiliated with Melbourne University.

Such was only intended to be a short-term arrangement pending the establishment of a university of full status. History now records that it took some thirty years for the establishment of a full university catering to undergraduate and postgraduate students to occur. At the start of the 1930 academic year, a part-time staff of eight catered to an elite group of 34 part-time students, providing courses mainly in Arts and Commerce and some in Science.

That student roll grew to 134 in 1937 by which time the Canberra population had increased to 8,410. In mid-1937 hockey enjoyed the distinction of being the first competitive sport pursued by Canberra University College students. Not far behind was cricket.

An enthusiastic group of cricket devotees, including Neville Kruger, Jordan Starkey, George Rance, Jack Richardson, Bill McNiven, and Joe Stephenson all of whom who had been founding members of the hockey club a few months earlier along with Men Millett, formed the Canberra University Cricket Club for participation in the 1937-38 season. 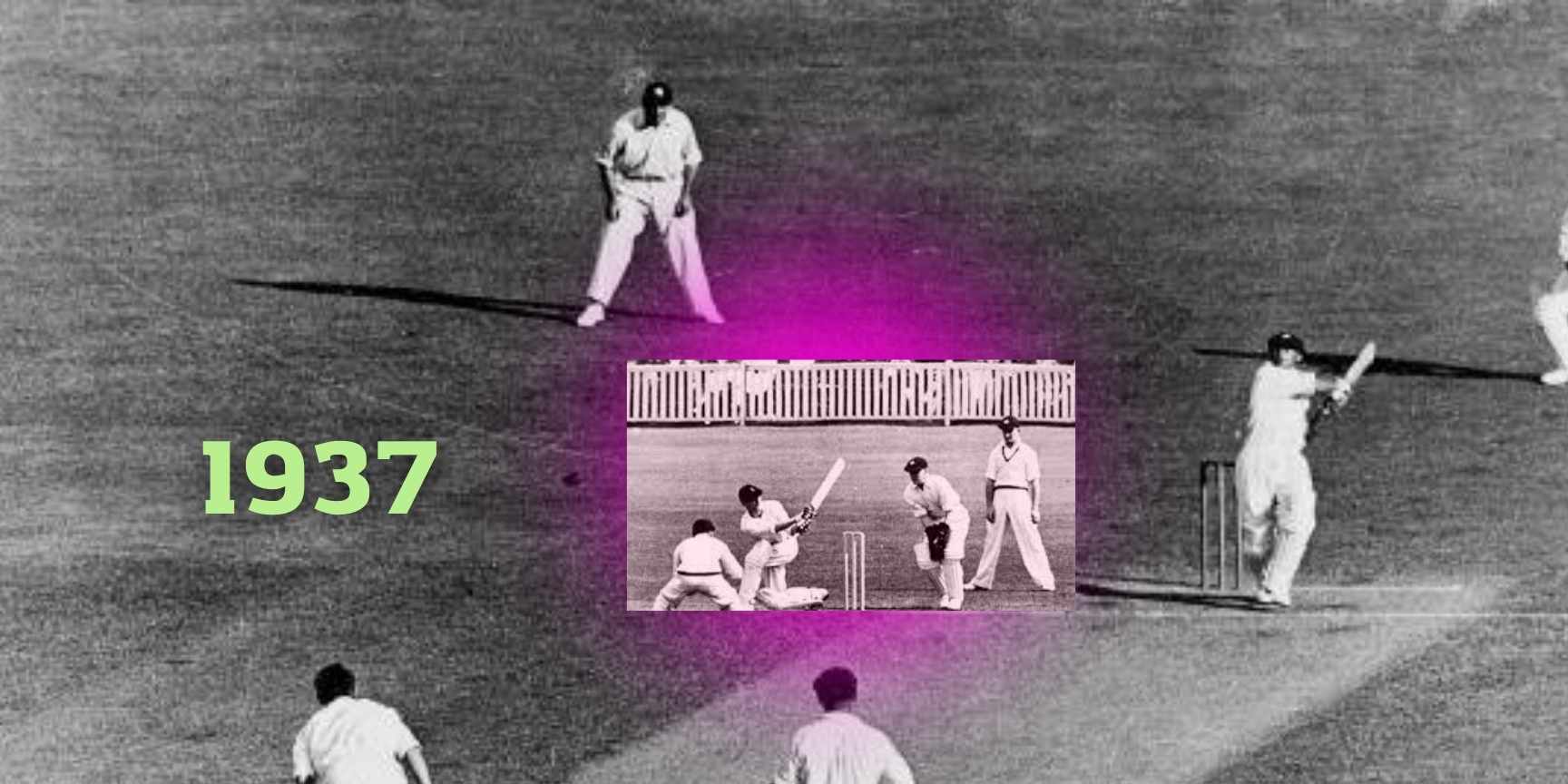 Cricket in the inaugural season was played in three competitions, A and B Grades and SubDistrict though this terminology may be a little inaccurate. The Sub-District competition was effectively a C or third-grade competition. The Canberra University College was admitted to the Sub-District competition and competed against RMC Cadets (two teams), Hall, Barton, Kingston, Grammar, Manuka, Northbourne, and the Catholic Youth Welfare Association (C.Y.W.A.) teams. The team was known as ‘University’.

The season opened on 9 October 1937 with the University competing against Kingston who achieved first innings points before the close of play on the first day. The match was played on a concrete wicket at Acton Oval near the Canberra Hospital. The area is now covered by Lake Burley Griffin. The Club’s President Norm Lyng (later to change his surname to Lynravan) captained the University side. The second day’s play was washed out.

At the end of the competition rounds, there being no finals series, Hall was declared premiers with Barton being runners-up and University third.

In a field of fourteen the side won 7 matches outright, 2 on first innings, 2 were drawn and only 1 was lost on first innings. Such an imposing record was still not good enough to wrest the premiership. The principal architects of these illustrious deeds were George Cordy, Harold McGinness, Bill DeSalis, George Rance, Jack Richardson, and Jordan Starkey.

Jordan Starkey was a founding member of the Canberra University College hockey team and in 1941 enjoyed the honor of being the first recipient of a Sports Colour or ‘Blue’ for hockey. 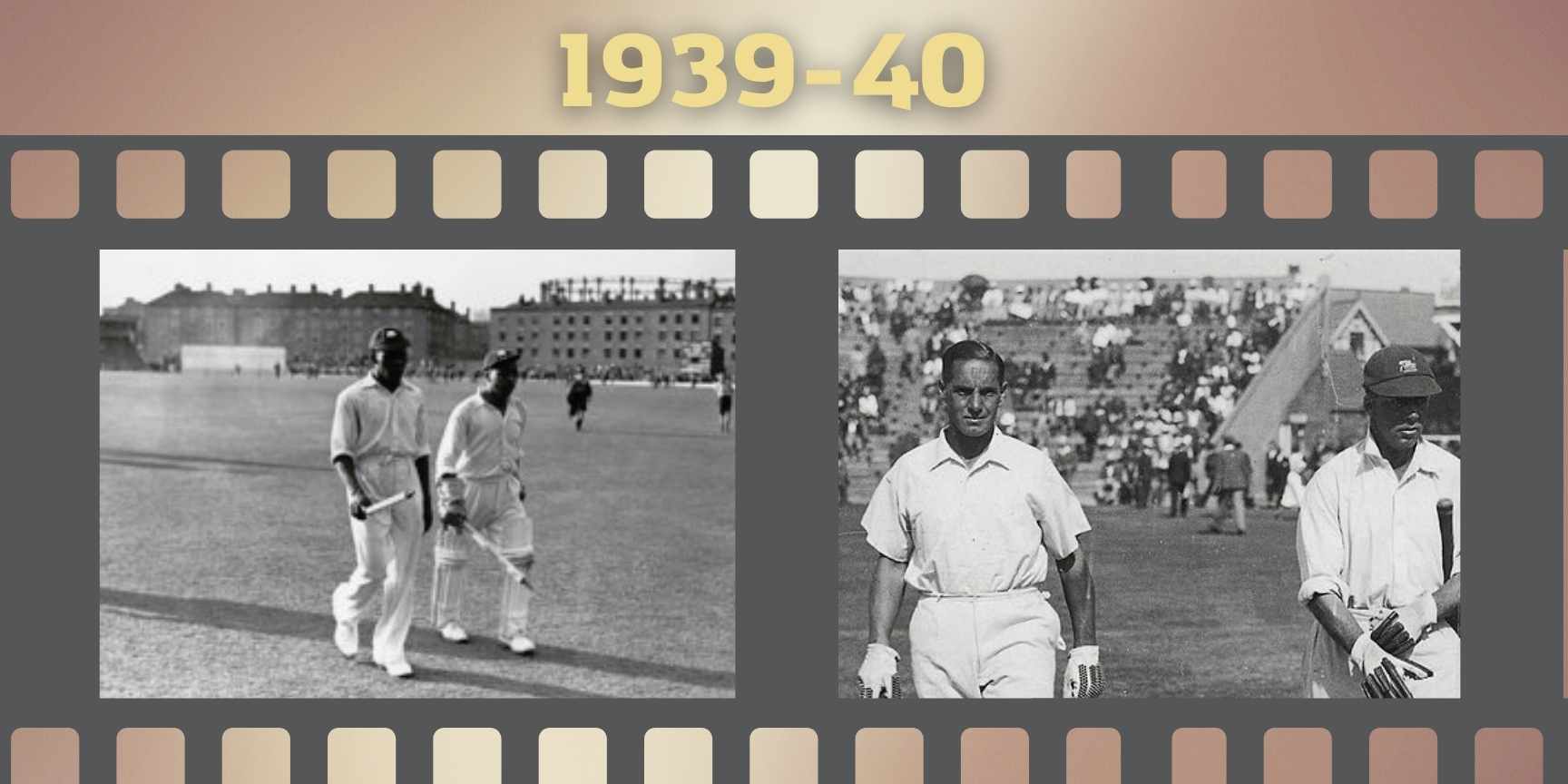 The successes of the 1938-39 season entitled the new Club executive for the new season (Norm Lynravn, President, George Cordy, Secretary, and Neville Kruger, Treasurer) to believe the Club deserved elevated representation in B Grade but such was not to be.

In the Sub-District competition of eleven matches University won 3 outright, 4 on first innings, lost 2 on first innings, and lost 2 outright, to finish third in the table of nine teams. George Cordy continued his all-around dominance scoring 269 runs and taking a remarkable 67 wickets from a mere 144 eight-ball overs.

The District competition was suspended from 1940-41 to 1944-45 due to war conditions. Nevertheless, the A.C.T. Cricket Association provided cricket in two grade competitions and an Inter-Services competition in support of government policy to provide recreational activities for members of the services and those in reserve occupations.